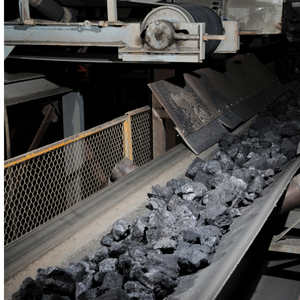 While the EPA regulations announced in early June curbing carbon emissions grabbed most of the headlines, a second set of regulations that are just as significant are scheduled to come into effect in August.

This round of regulations comes from the Mine Safety and Health Administration (MSHA) and focuses on improving worker safety and wellness.

The new rules are detailed in 991 pages of documentation and are designed to finally put an end to black lung disease. Despite knowing the inherent dangers of coal dust for decades now, black lung disease still claims the lives of hundreds of miners every year.

Over 76,000 miners’ deaths have been connected to black lung disease since 1968.

With these numbers too large to ignore, improvement and changes were a long time coming. The announcement marked the first significant change to coal-dust regulations in over 30 years.

Some of the major points in the regulations include cutting the concentration limits for coal dust exposure from 2 milligrams down to 1.5 milligrams, requiring workers to wear real-time dust monitors, and revamping sampling procedure by sampling more often and eliminating existing sampling loopholes.

The reactions to the new regulations have been mixed to say the least.

Health advocates and activists applaud the move, but question whether more could have been done.

In the original draft that MSHA proposed in October 2010, the concentration limits were to be cut all the way down to 1 milligram. This number was consistent with what the National Institute for Occupational Safety and Health has recommended from as far back as 1995.

While disappointed that the new rule didn’t go as far as it could have, they were still pleased to see action taken.

Mine owners and corporations have their own list of complaints. The first major complaint is that the prohibitive cost increase of implementing these new measures is too much to overcome.

The second area of contention, is that the MSHA is forcing a widespread mandate on a localized issue that only occurs in select areas. They believe a more direct approach to problem areas would be more beneficial than forcing costly regulations on the whole industry.

Finally, they contest that the MSHA has ignored research that points to proven, yet much more economically feasible alternatives, than the route they decided to take.

This has resulted in immediate action, and several state coal associations have already gone to the court system seeking appeals to overturn the new rules.

What may be most surprising is that there is even a noticeable amount of dissension from some coal miners themselves, the very people these regulations are in place to protect.

While the MSHA has its priorities in the right place, some disagree with its approach to the issue.

They believe that the attention should be on preventing coal dust inhalation, instead of monitoring its presence.

Instead of allocating time and resources on sampling, they would prefer to see money invested in improving respirators and helmets that force airflow down the face and keep dust out of their lungs.

By focusing on monitoring instead of prevention, they worry that jobs will be lost as companies seek to maintain profit margins.

With the measures projected to start going into effect in August, and the expectation that all mines will be fully compliant within two years, this has just as much influence over the future of the mining industry as the EPA’s new carbon regulations. How companies react, and whether any adjustments are made to the implementation of these new rules will determine whether this is an historic measure that will finally put an end to black lung disease, or more red-tape for businesses to work around.