No trenching project is simple, but everything becomes a little more complicated in an urban setting. 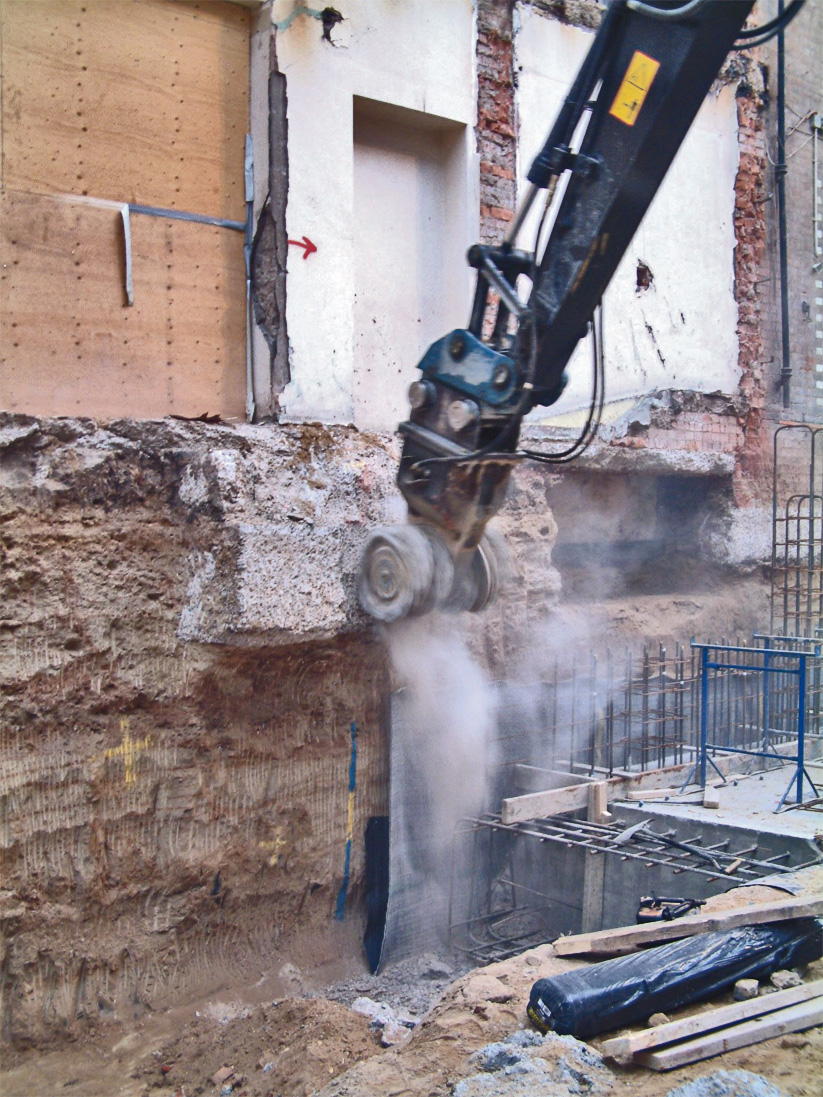 Since trenching is one of the most dangerous construction projects to perform, safety is always at the forefront of any trenching effort.

This is especially true in urban applications where there are more structures and obstacles such as existing pipes or utility lines that interfere with the job.

In addition to trenching near sensitive structures, there is also the population density issue and trying to complete the project in the most unobtrusive way possible.

The greater need for precision and control in urban areas make cutterheads a perfect solution for these trenching endeavors.

Cutterheads have many practical uses but are most commonly applied in trenching, tunneling, and scaling applications.

The alternative to using a cutterhead is to either use a hydraulic hammer or blast the area. These two options can be adequate solutions in certain scenarios, but are largely impractical in an urban context.

These methods are heavy on brute force, but lack the necessary finesse to effectively move around sensitive structures and utilities.

Hammers and blasting tend to create jagged v-shaped trenches that are more difficult to control and create less-stable walls.

Cutterheads on the other hand generate great force while maintaining the necessary delicacy and precision to create clean vertical trenches with superior stability.

By eliminating the v-shape and creating a vertical wall, cutterheads can produce a much narrower trench which leaves a smaller footprint.

A smaller footprint equates to increased safety as well as less fill needed to fill in whatever is being placed in the trench.

Some estimates see a reduction the amount of fill needed by as much as 50% when using a cutterhead.

The additional precision and control alone make cutterheads a significant upgrade over blasting and hydraulic hammers, but in addition to this, they also operate at a lower noise level, which is ideal in urban locations and sensitive areas.

Without sacrificing power, cutterheads are able to operate effectively and produce lower vibrations and shock waves.

The lower levels of shock waves and vibrations also contribute to the trench’s  overall level of safety and stability. 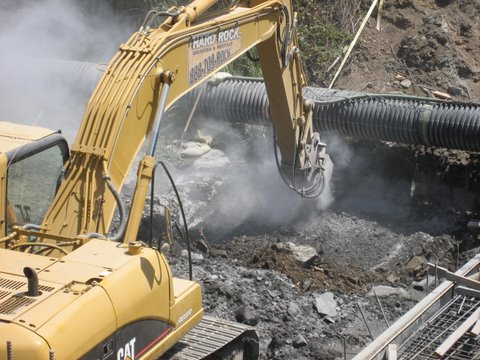 The benefits of a cutterhead make it the go-to choice for trenching projects near sensitive structures.

On top of reducing all environmental risk factors, they also provide an unparalleled level of precision and ability to cut below or adjacent to existing pipes and utilities.

Your next urban trenching project should make full use of the advantages a cutterhead can provide.