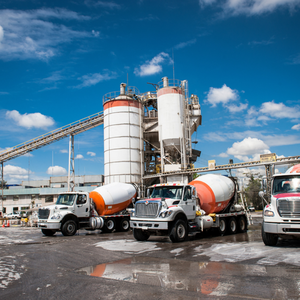 The measure, which passed with a vote of 39-32, demonstrated the extreme difficulty lawmakers face when trying to successfully juggle economic practice, political reality, and environmental responsibility.

Out of all the expected outcomes, the repeal of the carbon tax will first and foremost impact the Australian economy.

Prime Minister Tony Abbott touted the measure as the death of a toxic tax that would release a chokehold on $9 billion in the economy.

In addition to providing a significant stimulus to an economy that is dipping after its recent mining boom, the administration hopes that removing this obstacle will give its energy companies the ability to be more competitive internationally.

Ultimately, the majority in the Senate felt that the financial stimulus and the economic benefit of repeal were more beneficial than the environmental relief provided under the existing rule.

To say that some parties disagree would be an understatement.

No amount of statistical analysis or spin from the conservative government will make this anything but an uphill battle from a public relations standpoint.

It is one thing to be slow to adopt or implement, it is another matter entirely to repeal an existing law.

This reality makes it difficult for the Australian government to position this vote as anything but a step backwards.

Their matters are even more complicated because Australia was one of the early adopters of carbon emission legislation. The early institution of the carbon tax established them as a model for other countries to follow concerning measures to reduce their carbon footprint.

Now, they have another claim as a first, albeit a more dubious one, the world’s first developed nation to deregulate carbon laws.

That unflattering distinction has several groups concerned that the repeal will do irreparable harm to the country’s international standing, possibly even making it a pariah on international efforts to see lasting change on the approach to climate change.

Australia’s handling of repealing this tax and what they plan on doing to meet sustainable energy goals and reducing carbon emissions going forward are certain to be hot topics at the global climate talks scheduled for next year in Paris.

Those opposed to repealing the tax the measure are worried that while it may increase prosperity in the short-term, future generations will pay for it, and history will be an unkind judge to the Prime Minister and this current Senate.

The proponents for repealing the tax have a different point of view. Being careful to say that they understand what current climate change research says and the need for reducing carbon emissions, they believe the previous tax was fundamentally misguided.

They claim to support the goal, but the execution was lacking and the only way to remedy the negative impacts of the misguided tax was to repeal it.

The sincerity of that opinion will be tested by whether emissions continue to drop or more appropriate regulations replace the repealed one.

The opinions are numerous following this landmark decision, but despite its magnitude, this vote is far from an isolated event. As more countries reach crossroads, they will look to past actions such as this one to guide their own decisions.

It is possible that this step backwards could lead to two steps forward, but it is equally possible that it leads to a stumble and a fall.