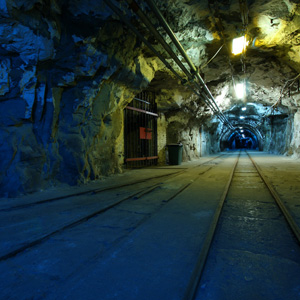 India has an energy problem. New Prime Minister Narendra Modi and the new government are looking to provide solutions. Elected to office in May, Modi ran on a promise to revitalize a struggling economy. He unseated his opponents in a landslide as his supporters showed up in mass to see if he could live up to the promise.

In his first couple months on the job, Modi is trying to make the Indian government more decisive and promote more efficient action.

One of his most important priorities is reorganizing the country’s struggling energy environment.

There are several complex components involved in the plan to launch a national energy policy that will positively impact national economic growth. The two biggest current obstacles involve developing the necessary infrastructure to improve energy production and increasing capacity.

Taking major steps in these two areas would go a long way to meeting the lofty goals espoused in a recent speech this month by president Pranab Mukherjee, in which he claimed that every family in India would have access to electricity by 2022.

That would be a major improvement over the current situation.

Many parts of India that have electricity experience serious issues with reliability. This is a major issue for business that rely heavily on electricity to help them conduct their operations.

Blackouts are a better fate than the reality that exists for the between 300 million and 400 million people who do not have access to electricity at all.

This lack of energy occurs despite a large wealth of natural resources, especially coal, that are found in India.

In a departure from the previous political administration, this administration is looking to expedite decisions on more than 6,000 pending mining concession applications that are registered with various state governments.

This expedited process was made possible by ensuring the environment ministry would no longer act as a roadblock in matters of energy projects.

A meeting between three committees, the environment and forests, coal, and power and steel, that took place on Tuesday was used to decide the need for concrete policy measures that would remove some of the red tape that certain projects got bogged down by, and the necessity to fast track the clearance process.

Even without discussing specifics about what will need to happen, ministry officials left the meeting encouraged that projects to increase much needed coal and steel production could be facilitated within the boundaries of the law.

They face the same difficulty many companies face in trying to protect the enviornment, and provide their citizens the best electricy available.

With the removal of several layers of red tape and what appeared to be immovable road blocks, there could be major changes coming to the coal mining industry in India.

Until new mine projects are approved, existing mines have been asked to increase production and enhance the supply of coal.

The country is also starting to look into possible Private-Public Partnerships.

The changes in policy have to turn into changes in practice before the energy situation improves in India, but if they continue to push for change at this pace, the mining landscape could change drastically in a short period of time.